You are here: Home » News » News » Characteristics and Service life of Porcelain, Glass and Composite insulators

Characteristics and Service life of Porcelain, Glass and Composite insulators

Porcelain insulators have excellent insulation properties, weather resistance, heat resistance and assembly flexibility, and are widely used in various voltage levels. Among them, the disc-shaped porcelain insulator is of fragile type. The following are some of the ceramic insulators for reference.

Self-explosion is caused by impurities and nodules produced in the glass manufacturing process. If the impurities and nodules are distributed in the internal tension layer, the product will be manufactured within a period of time after the product is manufactured. Some will explode. Therefore, the manufacturer should store the product for a period of time after it is manufactured to discover the quality hazards in the manufacturing process. If impurities or nodules are distributed in the outer compression layer, after running for a period of time on the transmission line, under the action of the strong temperature difference between cold and heat and the electromechanical load, it may cause the glass insulation to explode. In addition, during operation, after the glass insulator is wetted by the dirt layer on the surface, it is partially discharged under the action of the power frequency voltage. The long-term heating caused by partial discharge causes the insulating layer of the glass component to fall off, leading to zero self-explosion. Therefore, the spontaneous explosion rate of glass insulators operating in heavily polluted areas will increase. 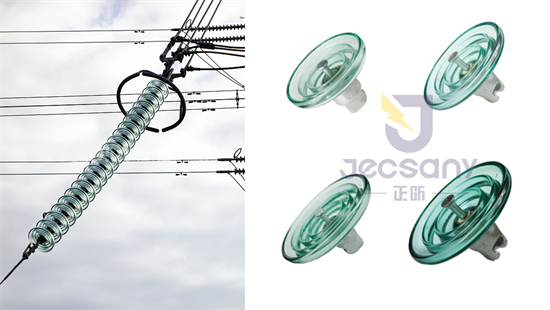 Composite insulators have the advantages such as light weight, good anti-fouling performance, and strong anti-man-made damage performance, are increasingly welcomed by users and become the main force in the insulator industry in urban and rural network reconstruction projects. However, due to the aging characteristics of organic materials, the aging rate and degradation rate of composite insulators will increase over time. 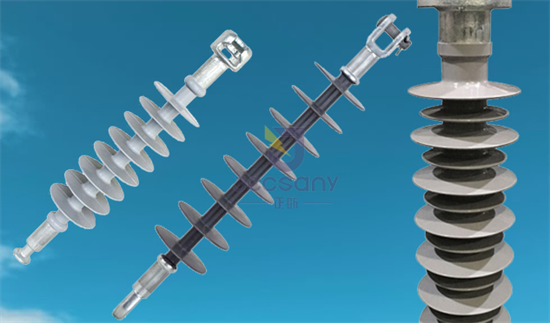