Zinc oxide resistors are generally press-molded by one-way or two-way press-molding hydraulic presses. One-way pressurization means that the mold moves into the cavity only under the action of one side of the die pressure. When the two-way press is pressurized, the upper and lower pressurizing motors will pressurize the die at the same time, and the two die will pressurize the powder from both ends of the die cavity. The density of the green body has a trapezoidal distribution problem, but the section in the middle of the green body is in the form of a cut surface, and the density distribution is a dumbbell-shaped structure, with the lowest density in the middle and the highest at both ends. Therefore, when using this press, the molding process should be selected reasonably. High-gradient zinc oxide resistor sheets are generally press-molded by a bidirectional press. The press matched with the traditional forming hydraulic press belongs to the upper pressure type press, which drives the piston to move from top to bottom, pressurizes the granulated material, maintains the pressure for 15s, and then uses a high pull-out force to return the punch. Therefore, it is easy to damage the surface of the green body. The new fully automatic four-column powder molding hydraulic press can control the compression amount and density increase of the powder body in the die sleeve by dry pressing, and reduce the compression speed, so that the air interlayer in the body is emptied. Therefore, this bidirectional press has become the main equipment for the current zinc oxide resistor forming process. 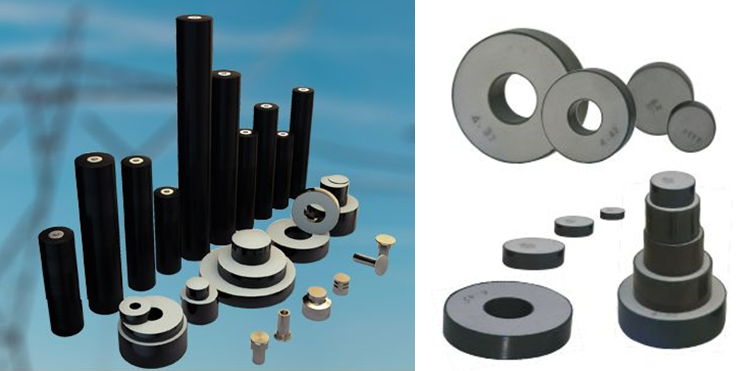 1. Dry pressing molding. The zinc oxide resistor sheet forming process is mainly dry pressing, and then sintered. During the pressing process, the upper and lower dies will squeeze the granulated powder, rearrange the powder particles, empty the pores between the powder particles, and reduce the surface energy of the powder particles. For some specially formulated ceramics, the compactness and grain growth process will be affected during the molding process, which will then affect the potential gradient and nonlinear coefficient of the resistor sheet, making it impossible to change with the increase of the molding density.

Therefore, the forming process is an important process for the zinc oxide resistor. The basic principle of dry pressing is to inject granulated material with suitable moisture into the hydraulic press mold. Under the action of hydraulic transmission force, the upper and lower die can be moved slowly, the gas is discharged, and after the pressure is maintained, the dispersed and accumulated powder will be pressed into the required resistance sheet blank.

When this procedure is adopted, the object of the first pressurization and compression is mainly the air in the powder gap; in the second compression, the air squeezed out during the particle compression deformation process will be discharged; in the third compression, the The air produced when the particles are crushed and compacted is expelled. In the three compression process, the most important thing is to control the amount of pressing force, to control the amount of compression of the green body in the mold sleeve, so as to control the relative density increase. Especially in the last pressurization, it is necessary to ensure that the air can be discharged smoothly. If the control is not good, an air interlayer may be formed. In order to achieve the goal of completely emptying the air, the mold sleeve can be floated down by 3-5mm during the last pressurization. Promote the smooth discharge of air. In order to avoid the formation of air interlayer, the key is to control the pressurization speed, the maximum program slows down the pressurization speed, when the upper die is in contact with the powder, the lowering speed of the upper die should be reduced to 3-5mm/s as much as possible, and set The pressurization delay is 3s to ensure sufficient pressure relief and exhaust time.

In order to reduce the occurrence of low linear density in the middle density, it can be controlled by increasing the number of exhausts and the pressure holding time. The purpose is to ensure that the pressure time is sufficient, the powder can be fully displaced, and the density in the middle of the green body and the density at both ends are balanced. . In the process of dry pressing, the movement of pellets needs to be slowed down with the increase of the size of the formed bad body to promote exhaust and pressure transfer. The displacement speed of the die plug is 3-5mm/s, and the exhaust time for depressurization after each pressurization needs to be maintained for 2-3s. The final pressure value is used to hold the pressure to ensure the time and space for the stress transfer in the green body. Especially in the case that the density difference of the green body increases due to the excessive pressing speed, the extension of the dwell time can reduce the negative influence caused by the density difference of the green body. 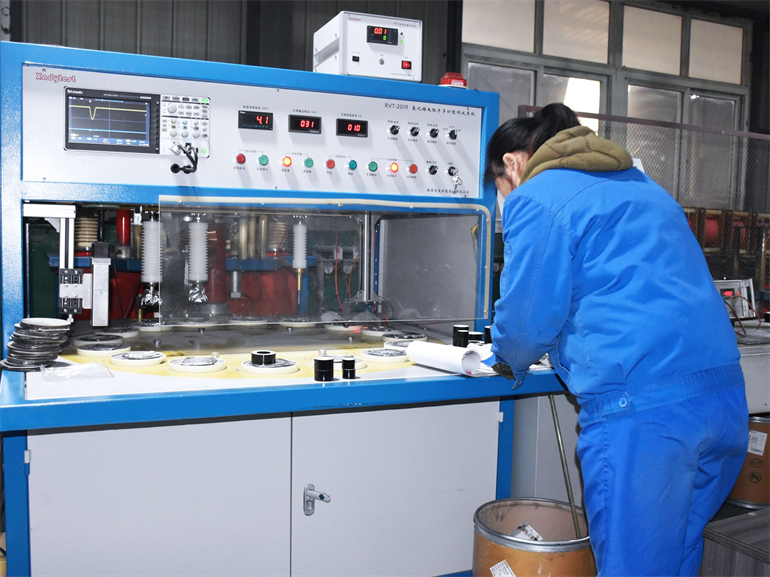