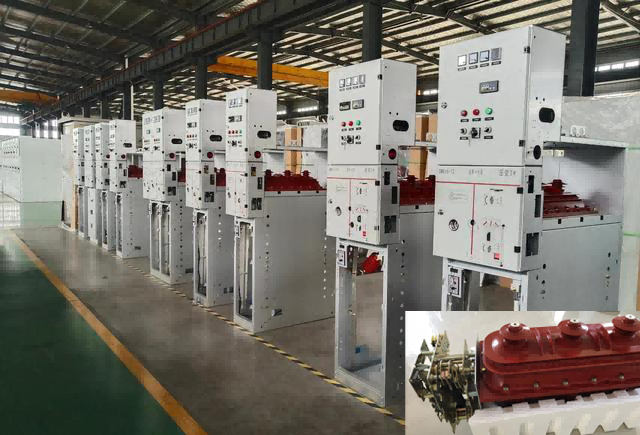 2.Good safety performance. If internal arcing occurs, the housing has an internal structure weak point, it will be rushed to open, followed by the cabinet above the shutter release arc red open air overpressure stream-oriented outside the cabinet, ensure that the switch cabinet security checks.

3.Using SF6 gas as an arc extinguishing and insulating medium, the main circuit seals by the upper and lower housing pouring epoxy resin, the conductive function is unaffected by external influences.

Combined use of load switch and fuse

1.  The fundamental difference between a load switch and a fuse is that the fuse has the ability to break short-circuit current, while the load switch only acts as a switch for the load current. It is generally believed that the load switch closes and divides the working current, and the fuse opens the short-circuit current. However, when a fault occurs, due to the fact that the three-phase current is not necessarily the same and the error of the fuses, the fuse time difference between the three-phase fuses is inevitable. After the prime minister removes the fault, if the load switch cannot break the load current in time, it will Causes transfer current and two-phase operation, causing damage to powered equipment. A fuse with a striker, combined with a load switch with a tripping device, can solve the problem of lack of phase operation. When the fuse of the fuse melts, the load switch tripping device is immediately disconnected under the operation of the striker. Manufacturers mostly use four-bar linkage. When the load switch is closed, the closing and opening springs store energy at the same time. When the four-bar linkage passes the dead point, the energy of the closing spring is released, and the switch is closed. The energy of the brake spring is still maintained by the half-shaft mechanism. Once the striker strikes, the half-shaft is disengaged, the energy of the opening spring is released, and the switch is operated. Therefore, fuses with strikers and load switches with mechanical tripping devices must be selected in use. 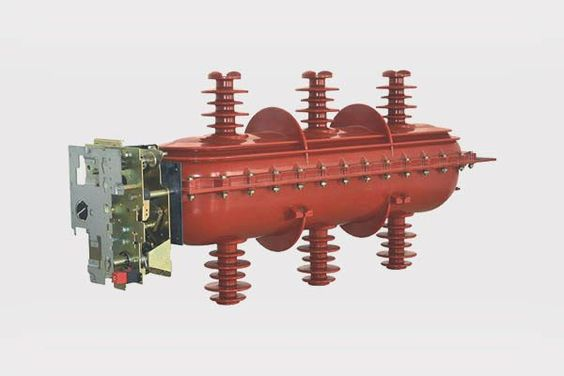 2.  It should be pointed out that the fuses in use are mostly used as backup protection fuses. This fuse has a minimum breaking current, which is 2.5 to 3 times the rated current of the fuse. When it is less than the breaking current, the backup fuse cannot Break this current, which is what differentiates it from a full-range fuse. The full range fuse can reliably break any current between the melt melting and the rated breaking current (40kA). When the fault current is less than the minimum breaking current of the backup fuse, although the fuse cannot guarantee its breaking, the fuse will be blown, the impactor in its memory will be struck, and the impact load switch will be broken.