You are here: Home » News » News » The Arrester Disconnector 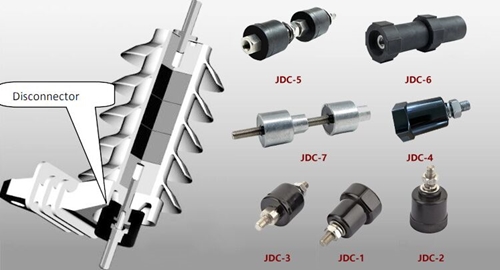 The GLD only operates if power frequency fault current flows through the device during a failure. It will not operate from surge current.

Note: The standard arrester disconnector is not an interrupting device. It may break the fault current upon operation, but only under ideal conditions such as low fault currents. Since the disconnector does not interrupt fault current, an over-current device will be required to operate when an arrester is overloaded and fails.

System Conditions relevant to proper use of a disconnector

As stated in the last section, the GLD is only activated from power frequency fault current. Because of this operation requirement ungrounded systems and impedance grounded systems may not operate a GLD if the arrester fails. Some disconnector designs do have sensitivity in the 1 amp fault current range but most do not. 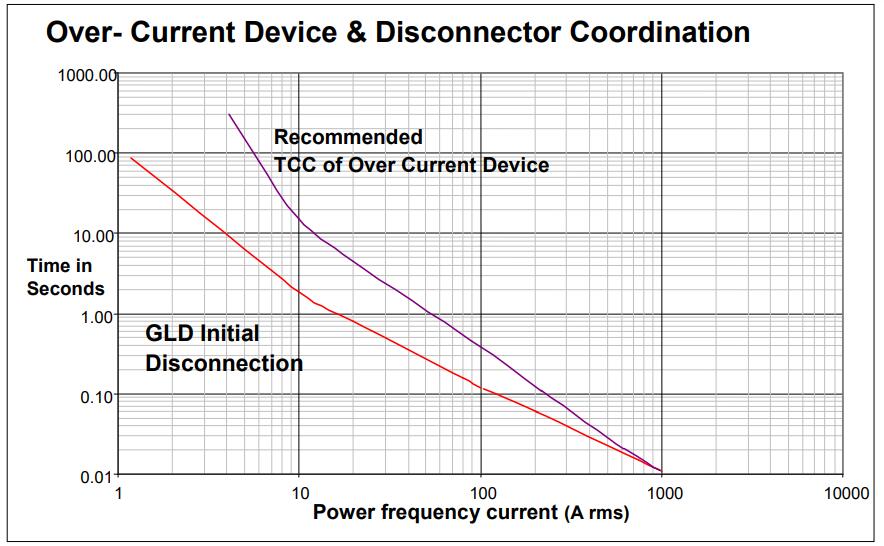 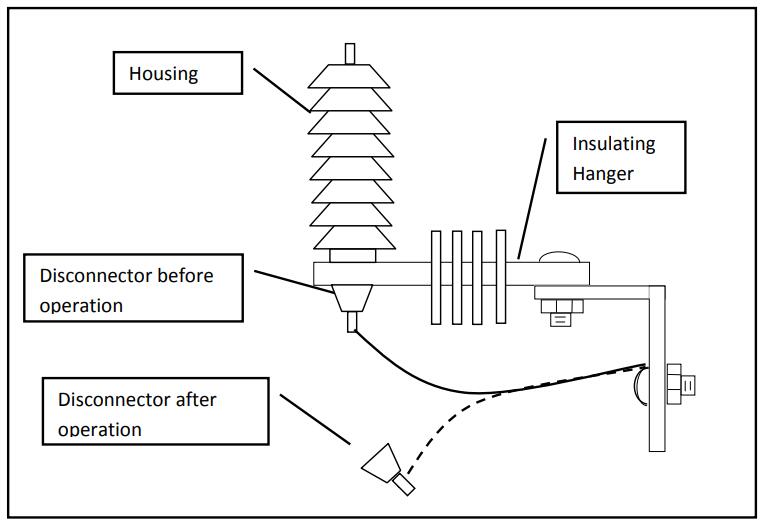 Another safety aspect of disconnectors to consider is that when the activating powder is heated to its activation temperature, it will separate the disconnector with considerable force and speed. This may cause the expulsion of small fragments and sparks. As stated above, since the GLD is not a breaking device, a resulting power frequency arc may be sustained for several cycles. This arc is also capable of melting metal and plastic parts which may drop to the ground.

The third safety issue to consider with disconnectors is that the device is heat activated and should not be heated in an oven above 150C because it could activate the device.

It should be noted that imparting an impact on as disconnector does not activate the powder since it is heat activated only. However care should be taken if the black power is impacted directly and heat is generated, it could ignite.

It is important to note that when the disconnector operates and does disconnect the earth end of the arrester, the attached lead must have adequate length to allow it to create a gap between the bottom of the arrester and the disconnected half of the device. The flexibility of the lead also needs to be considered to insure that the device can create the aforementioned gap. Typically bus bar will cause a disconnecting problem, and ordinary flexible lead is adequate. Solid or stranded conductors with diameters up to 1 cm are generally easily disconnected from the arrester on typical devices. When arresters are mounted on a cross arm in parallel to each other, it is important that the arrester in the middle not have its earth lead bound in place by the two outside units. This can lead to a sustained outage even though the disconnector did activate and attempt to isolate the arrester. 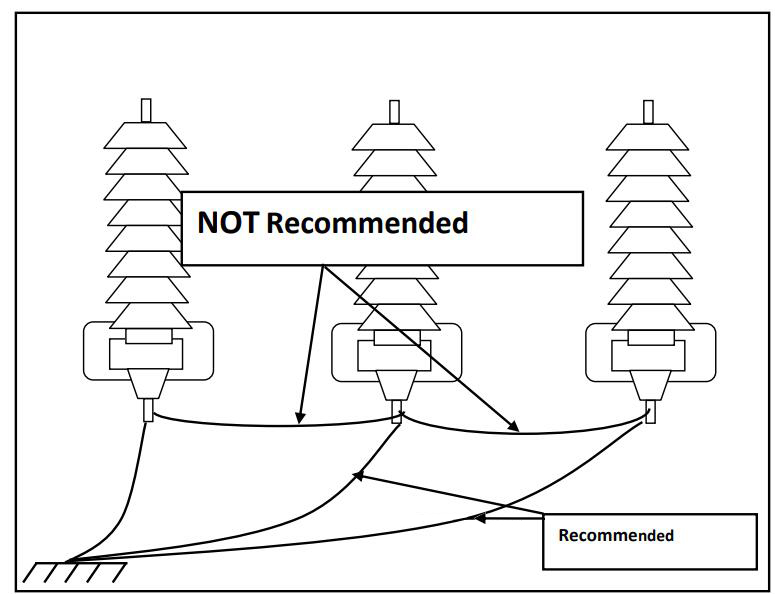 Due to the fact that arrester disconnectors contain an activation element that is capable of exploding and separating the ground lead when exposed to the heat of ground fault current, it is also capable of operating the same way put in a fire. Therefore disposal should not include incineration.

According to Model UN regulations of dangerous materials, the GLD should fall into a Class 1 Explosive material. However with appropriate testing or modification to the GLD it can be re-classified to a different classification. If the GLD is manufactured in such a way that it will not create a projectile if caught in a fire during transportation, it can be classified as a non-dangerous goods and transportation is not an issue. See a paper presented at the 2007 INMR World Conference titled Emerging Transportation Issue with Distribution Arresters for more information about the transportation issue.

This does raise the question of how to safely transport all arresters on trucks. It is suggested that the end arrester be carried in a metal enclosed chamber routinely found on utility trucks. If that is not possible, wire the GLD end of the arrester to something substantial or to its own high voltage end.

Disconnectors use on Transmission Line Arresters

This disconnector has the same function as a distribution disconnector but does have to withstand different stresses without operation. It is important to note that any disconnector used in this application should have had higher current TLD tests as part of their certification process.

1. Interrupting Disconnector: This device does not exist at the moment, but is one that should be seriously considered by arrester manufacturers. It could eliminate a blink on the power system in the event of an overloaded and failed arrester.

2. Substation Disconnector: This is a device that could be mounted on higher voltage devices that could be used to disconnect this type of arrester as it does for distribution arresters.

3. Very Visible Disconnectors: Often times line personnel over look a failed arrester because the arrester disconnector in the disconnected mode is not obvious. Some sort of waving flag should be added to the designs of disconnectors. 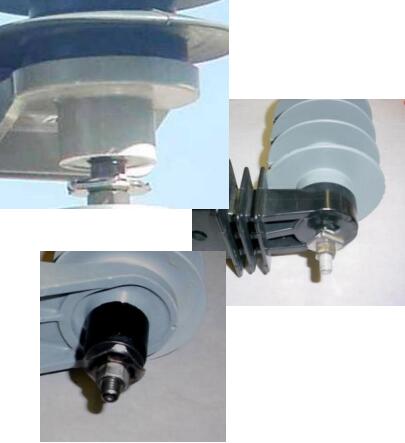