You are here: Home » News » News » What kind of protection is needed when the fuse is in operation?

What kind of protection is needed when the fuse is in operation? 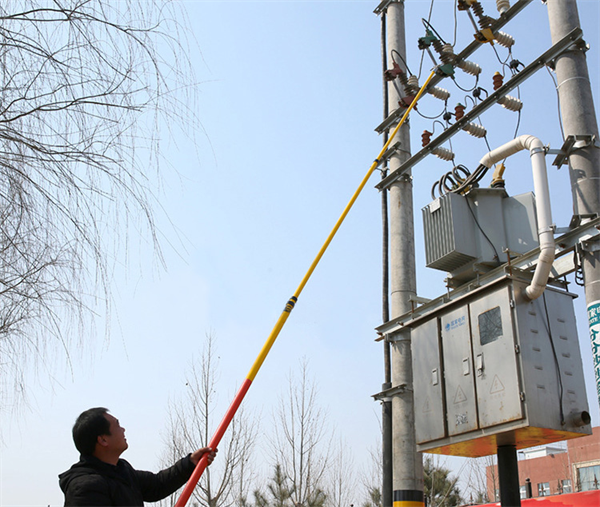 Especially when the back is opened, the center has been opened, so that the windward side phase has increased. Even if there is a large voltage during the opening process, it will not cause a short circuit of the line. If you really accidentally cause a short circuit, the sparks and the arc are also very small and there is no danger. When closing, it is generally the opposite of opening. First, close the windward side phase, then close the leeward side phase and then the center phase. The fuse tube needs frequent operation. If the operation is improper, it will cause contact burns and poor touch.

Therefore, you must use moderate force when pulling and joining the fusion tube. After closing, carefully check that the duckbill tongue can tightly clasp the tongue for more than two-thirds of the length of the tongue. You can hook the upper duckbill with the brake lever and press it down a few times, and then try to pull it slightly to check whether it can be closed well. When closing, it is not in place or not firmly closed, and the static contact pressure on the fuse is lacking, which can easily cause contact burns or the melting tube to fall by itself!

In order to make the fuse tube more reliable and safer, in addition to strictly selecting the fuse and the accessories produced by the manufacturer in accordance with the regulations, special attention must be paid to the operation. The rated current of the fuse and the load current of the melt must match. Before each operation of the fuse, you must carefully check every component, every detail that may cause an accident, especially the closing operation. The contact must be very sensitive. For newly installed fuse, they must be strictly inspected before installation. It must be installed in accordance with the regulations. After installation, the high-voltage current-limiting fuse should be inspected frequently. If there are discharge sparks and poor contact, they must be dealt with as soon as possible, and the power supply should be disconnected immediately!